Should You Be Scared of Your Cell Phone?

Should You Be Scared of Your Cell Phone? 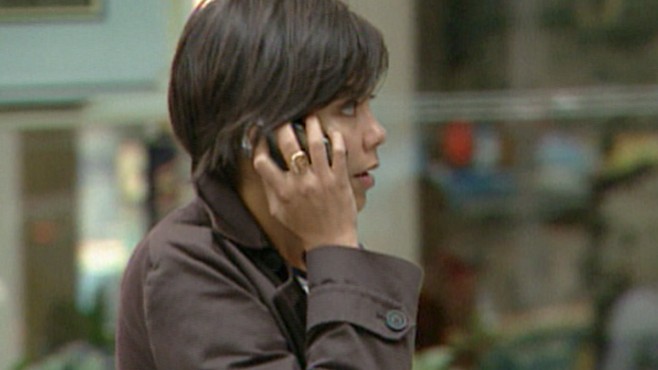 As you read this story, is your cell phone in your pocket or purse, on your desk beside you, or even in your hand?

On a planet of 6.8 billion people, about 5 billion use cell phones.  But could radiation from those phones be harmful to your health?

In her new book, “Disconnect: The Truth About Cell Phone Radiation, What the Industry Has Done to Hide It, and How to Protect Your Family,” Devra Davis, an environmental health scientist formerly with the National Academy of Sciences, says the answer is a resounding yes.

Over the years, scientists and public health officials have explored the effects of mobile phone radiation on human health.

Time and again, they’ve said that while more research is needed to examine potential long-term effects, fears of cell phones are mostly unfounded.

The American Cancer Society says most published studies have not found a link between cell phones and the development of tumors. The Food and Drug Administration says “the weight of scientific evidence has not linked cell phones with any health problems.”

But Davis, who says she was once a skeptic herself, argues that compelling evidence to the contrary exists in research institutions around the world.

“Disconnect” resurrects decades-old studies on the topic and probes new research to build a case for why cell phone radiation is now a “national emergency.”

ABCNews.com spoke with Davis about her cell phone “expose.” Here’s an edited version of our conversation.

You’ve previously written about environmental pollution and public health impacts (“When Smoke Ran Like Water” and “The Secret History of the War on Cancer”). Why did you decide to turn your attention to cell phones?

“What I’m really concerned about here and why I wrote this book is because there’s a lot of really compelling experimental evidence on the effect of electromagnetic fields on cells. … I’m an epidemiologist but I’m also a toxicologist, so that means I study patterns of disease in animals and experimental animals with toxicology, as well as in humans.

“And for tobacco and asbestos, we have a similar story — 10 years after people started to smoke or use asbestos there was no increase in risk of any significance. However, 20, 30 and 40 years later, there’s a big risk.

Major public health officials say published studies support the safety of cell phones, but you argue the opposite. What are the most compelling studies you’ve seen that support the connection between cell phone radiation and health problems?

“Among the most stunning new findings is evidence that you can cause birth defects in mice embryos from cell phone radiation. … [Researchers at the University of Athens] looked at fetal development and studied pregnant mice exposed to smart phones.  And they looked at the offspring of the mice and they found basic defects in their brain structure and skeleton…

The wireless industry says that the amount of radiation emitted by cell phones is very low but then why might they still be harmful to human health?

“It’s kind of like if you take a rubber band and snap it, it doesn’t break but if you keep snapping it over and over again it will eventually break. This radiation has very low power… but it can still be damaging.”

In her book, Davis says the nature of the signal is especially harmful because it is constantly searching for a connection with a cell tower. Exposure is increased in areas of weak reception because the radio signal has to increase as the phone seeks a connection.

What kinds of health effects does research connect to cell phone radiation?

“I think the impact on fertility and sterility should be way up. … There are probably more than two dozen papers showing that cell phone radiation affects sperm health. And studies have been done at the Cleveland Clinic, Australia’s national research center and major research institutions in Turkey and other places. And they’ve taken samples of sperm from healthy males and split them in half.

“Sperm naturally will die but the sperm exposed to cell phone radiation dies faster and don’t swim as well. And this work has been done experimentally with human sperm but they’ve also done research with animals — exposing animals at the time when they’re teenagers and showing that the sperm count of the animals is lower if they were exposed to cell phone radiation as teenagers.”

Davis also said that in addition to brain illness, memory loss is a serious issue. In studies with mice, researchers have found that exposure to cell phones and Wi-Fi impedes the ability of mice to learn and remember.

Russian researchers following groups of children for the past five years have found that children who use cell phones regularly have difficulties with learning and behavior, she writes.

Which populations are most vulnerable?

“I think anybody who wants to protect their brain [should be aware]. …People who have Parkinson’s, people recovering from brain injury, such as Iraq vets, I think they should be especially aware of these issues.”

Given studies that show how cell phone radiation can interfere with bone growth, she also said it’s critically important for children and teenagers, whose brains are still developing, to be particularly careful.

What do you recommend people do to protect themselves?

In her book, Davis encourages people to text more often, to use cell phones only when the signal quality is good, and to turn off phones if they are kept at one’s waist. For more tips on cell phone use, you can visit her website.

“I think for all phones, the safest thing is to have the greatest distance between your body, your brain and your phone. Use a headpiece, speaker and, frankly, I think we have to think about using them less.”