Mobile phone radiation is a possible cancer risk, warns WHO 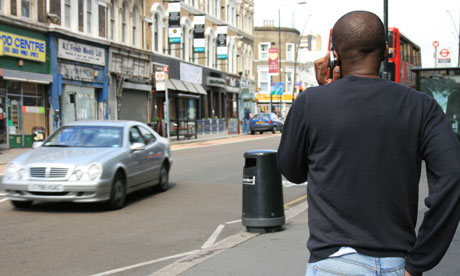 The WHO has designated radio-frequency fields like those from mobile phones as ‘possibly carcinogenic’. Photograph: Maya Hanika/Guardian

Radiation from mobile phones has been classified as a possible cancer risk by the World Health Organisation after a major review of the effects of electromagnetic waves on human health.

The declaration was based on evidence in published studies that intensive use of mobile phones might lead to an increased risk of glioma, a malignant form of brain cancer.

The conclusion by the WHO’s International Agency for Research on Cancer (IARC) applies to radio-frequency electromagnetic radiation in general, though most research in the area has centred on wireless phones.

The findings are the culmination of an IARC meeting during which 31 scientists from 14 countries assessed hundreds of published studies into the potential cancer risks posed by electromagnetic fields. The UK was represented by Simon Mann from the Health Protection Agency’s Centre for Radiation, Chemicals and Environmental Hazards in Oxfordshire.

Jonathan Samet, a scientist at the University of Southern California, who chaired the group, said: “The conclusion means that there could be some risk, and therefore we need to keep a close watch for a link between cellphones and cancer.”

In designating radio-frequency fields as “possibly carcinogenic”, the WHO has put them on a par with around 240 other agents for which evidence of harm is uncertain, including low-level magnetic fields, talcum powder and working in a dry cleaners.

The report found no clear mechanism for the waves to cause brain tumours. Radiation from mobile phones is too weak to cause cancer by breaking DNA, leading scientists to suspect other, more indirect routes.

“We found some threads of evidence telling us how cancers might occur but there are acknowledged gaps and uncertainties,” Samet said.

Christopher Wild, director of the IARC, said that in view of the potential implications for public health, there should be more research on long-term, heavy use of mobile phones. “Pending the availability of such information, it is important to take pragmatic measures to reduce exposure such as hands-free devices or texting,” he said.

There are around 5bn mobile phone subscriptions globally, according to the International Telecommunication Union, a UN agency for information and communication technologies.

The committee decided the fields were possibly carcinogenic to humans, a finding that will feed through to national health agencies in support of their efforts to minimise exposure to cancer-causing factors.

The IARC has evaluated nearly 950 chemicals, physical and biological  agents, occupational exposures and lifestyle factors where there is either evidence or suspicion that they may cause cancer.

The report on radio-frequency electromagnetic radiation comes a year after the WHO published its much-delayed Interphone study, which found no solid evidence that mobile phones increase the risk of brain tumours, but pointed to a slightly higher risk among those who used mobile phones the most. The report was held up for several years because scientists failed to agree on its findings and whether to issue a warning about excessive use.

Exposure from a mobile phone base station is typically much lower than from a handset held to the ear, but concerns over the possible health effects of electromagnetic waves have extended to base stations and wireless computer networks, particularly in relation to schools.

According to the British Educational Communications and Technology Agency, half of all primary schools and 82% of secondary schools make use of wireless computer networks.

Wi-fi equipment is restricted to a maximum output of 100 milliwatts in Europe at the most popular frequency of 2.4 gigahertz. At that level, exposure to radiowaves should not exceed guideline levels drawn up by the International Commission on Non-Ionising Radiation and adopted in the UK.

A Health Protection Agency study led by Mann in 2009 found that exposure to radiowaves from wi-fi equipment was well within these guideline levels.